Get fresh music recommendations delivered to your inbox every Friday.
We've updated our Terms of Use. You can review the changes here.

Pearl and the End of Days 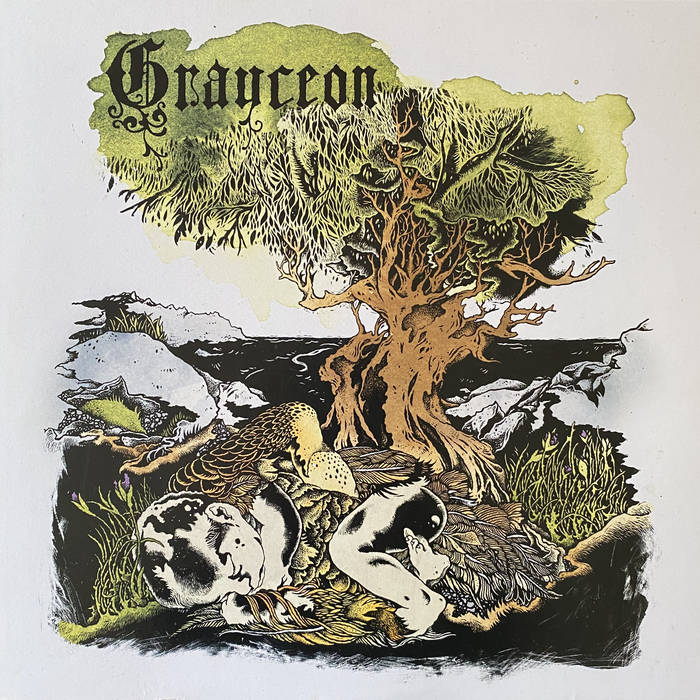 Remastered in 2020 by Jack Shirley. Digital only is the 2020 remastered version.

From Last Rites about this EP:

Is there anything better than a pleasant surprise? One time whilst cleaning my vehicle I found a winning scratch-off ticket for 20 bucks that I had completely forgotten existed. The rest of that day was spent walking on all of the clouds that a Jackson can buy (clouds in this case being 5 gallons of gas). Spending time with Pearl and the End of Days, the newest offering from San Francisco three-piece Grayceon is very much akin to this feeling for those unfamiliar with the band’s sonic offerings. The two songs contained on this EP are all at once magical, thrilling, depressing, roaring with energy and demanding of your attention, and the ride’s over in less than 28 minutes.

“Pearl” opens the ceremonies with a swirling and ethereal riff, letting you know right from the get-go that this isn’t a band that’s concerned with what you think or what decade it happens to be. Right around the 1:50 mark is when things shift into high gear and you get a real sense of what Grayceon brings to the table: a very potent tincture of darkened sensibility mixed with equal parts heavy rock and doom, with just a drop or two of thrash. Jackie Perez Gratz, only known to these ears from her work in Amber Asylum, uses her voice (a stunning mid-range) and a cello to add to the potion, but not to overpower the mix and turn it to poisonous sludge. The same can be said of guitarist max Doyle and drummer Zack Farwell; if a note or a beat is unnecessary, they simply don’t play it, allowing the song as a whole to create an experience. There’s a certain ebb and flow at work here. as Grayceon knows exactly how long to let a section of this one linger before moving in a different direction, keeping things not only engaging but interesting, which isn’t easy for music this grandiose in scope. And before you know it, the song ends at a complete brick wall. No big payoff, no fadeout. Just a simple reminder that your expectations mean nothing, which in retrospect is potentially what this track is aiming to convey, amongst other things. Brilliant might not be the right word here, but it sure as hell isn’t the wrong one, either.

“End of Days” does NOT pick up where “Pearl” leaves off. Whereas “Pearl” opened with a whirlpool, “End of Days” opens with a fucking black hole. Huge single notes accompany jarring snare/hi-hat hits. For nearly 2 minutes, you’ll actually be able to feel your soul trying to leave your body to find somewhere a little less crushing to hide. And again, expectations and reality fail to catch the same bus, as this segues into a swinging, sludgy dose of what would probably be suicide rock if it wasn’t so goddamn catchy.

Music of this nature is clearly for the patient, but this EP is also so instantly rewarding that you’ll want to spin it again, and probably immediately. And it also feels short, which is a compliment for songs that last 10 and 17 minutes. Whereas a lot of bands in this day and age try to cram a sirloin, garlic mashed potatoes with gravy, corn, salad and peach cobbler ala mode onto one plate and force it down your throat, Grayceon serves a well-cut 6-ounce filet mignon with a small side of pan-seared asparagus to make sure you’re hungry for the next offering. And also, I may finally have to plunk down for a turntable, because this one BEGS for a needle.